At approximately 1AM on Saturday morning reports are that during a bar altercation at Los Compadres Bar located in the Boca del Rio area Lionel Pinelo was fatally stabbed. Two persons have been detained as suspects by the San Pedro Police Department but no charges have been made at this time. Pinelo, who was emergency evacuated to Belize City, succumbed to his injuries en route to the hospital.

Damn. We need to get this booze thing under control.

2 killings in 1 week....thats GREAT for the largest generator of revenue for this country (cough cough TOURISM cough). Im sure the busy season will be great. Oh well, what do you expect when there are 10 cops on the payroll and 9 of them are always in the office instead of protecting those who pay their paychecks.
Posted By: Marty 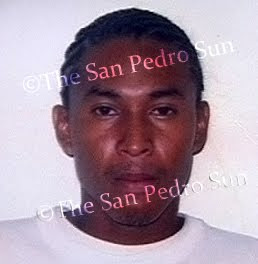 Lionel Pinelo
New information in the Lionel Pinelo case have surfaced. Our sources within the police department reveal that Pinelo was initially involved in an argument that had ensued at the Los Compadres bar, to which the police department was called and responded.
Upon reaching the establishment, our sources inform, the argument was calmed. Afterwards, Mr. Pinelo left the establishment and went out to town. This incident reportedly occurred at around 9:30pm.
At around 11:30pm a second group of individuals were reportedly involved in another argument around the same area, also involving Mr. Pinelo. Information reaching our offices are that Mr. Pinelo was on a golf cart with four other individuals driving by a nearby establishment in the Boca Del Rio area. They saw three young men standing in front of the establishment. A bottle was thrown towards the direction of the golf cart.
As quickly as this happened, the driver of the golf cart stopped and reversed. Seeing that there were only three young men standing in front of the establishment, the five guys on the golf cart took this as an opportunity to retaliate and an argument ensued.
Unbeknownst to the passengers of the golf cart, there were an additional four young men inside the establishment, who quickly joined the three standing outside when the argument commenced. During the altercation, 24 year old Lionel Pinelo was stabbed once to the upper left rib cage. He was transported to Belize City where he succumbed to his injuries.
Police initially detained seven individuals in relation to the case. Two were released, and the other five are being detained pending the outcome of the investigation. Responsible parties are looking at charges of Murder and Conspiracy to commit Murder. A formal charge is expected by Tuesday November 9th.

Posted by The San Pedro Sun Newspaper
Posted By: Marty

Police in San Pedro Town are faced with a second murder in less than a week after a stabbing left Leonel Pinelo dead over the weekend.

Investigations are ongoing into the circumstances surrounding the fatal stabbing of 24 year old Leonel Pinelo. The incident occurred shortly around midnight on Friday on Lagoon Drive in the Boca del Rio Area of San Pedro Town. According to San Pedro Police, sometime around 9:30 on Friday night, they were called to scene of a fight at the Los Compadres Bar located at the corner of Conch Shell Street and Lagoon Drive. Police source say that they managed to calm the fight and the crowd was asked to disburse. About 3 hours later, sometime between 11:30 PM and midnight Friday, they were called once more to the Boca del Rio area, this time to an area in front of Rainbow Star Bar on Lagoon Drive where a fight had occurred between two groups of people, some of whom were involved in the first fight at Los Compadres Bar. Moments later, they visited a private clinic where they say Pinelo suffering from a single stab wound to his left upper rib cage. Pinelo was transported to the KHMH in a critical condition where he died while undergoing treatment. Initial investigation reveals that shortly after the first fight, Pinelo went to the down town area of San Pedro where he met 3 of his friends on a golf cart. All four decided to return to Los Compadres Bar, apparently to look for Pinelos attackers. Police say that while Pinelo and 3 other friends were on their way on Lagoon Drive, they saw 3 men standing in front of Rainbow Star Bar one of whom threw a bottle at the moving cart hitting one of the passengers. At that point, the driver of the cart stopped and reversed and approached the 3 men. Unaware that another 4 men were along with the 3, the crowd on the cart allegedly started an argument after which a fight started. As a result of the group fight, Pinelo received a single stabbed wound after which he was rushed to a private clinic on the island. Diligent police investigation over the weekend, led to the detention of 7 men, all residents of San Pedro Town. Two of the men were released on Monday morning. Police source say that some of the men have been cooperating with polices investigation and charges should soon follow. The group may be jointly charged for murder and conspiracy to commit murder. Pinelo, who is originally from Benque Viejo del Carmen Town, is known to San Pedro Police and just last week was charged for being in possession of a bladed object after he was searched and police found a knife on him.

...it's nice to see that you can "sponsor" the news reports of fatal stabbings.

I wonder if there is a sliding scale for advertising rates... not sure if I can afford to advertise in the "murder" reports, but perhaps the simple "chopping" ones or aggravated assault???
Posted By: SFJeff

mind you, not making light of the incident (tragic/senseless) just the wording above.
Posted By: belizeonthebeach

Originally Posted by SFJeff
mind you, not making light of the incident (tragic/senseless) just the wording above.

You are the one that won't let it go away--just let it be news etc.
Posted By: J A Rebel

Originally Posted by SFJeff
...it's nice to see that you can "sponsor" the news reports of fatal stabbings.

I wonder if there is a sliding scale for advertising rates... not sure if I can afford to advertise in the "murder" reports, but perhaps the simple "chopping" ones or aggravated assault???


SF Jeff, if you just listen to my reports from San Pedro you would know better and that i have more than one advertisers. But you are simlpy one of those people that jump to conclusion without gathering your facts. You should be happy that a few business are willing to sponsor the news reports to keep like YOU informed. Be thankful.
Posted By: SFJeff

geez.. my comment was only meant that the manner in which Marty copied verbatim a verbal report read a bit odd when transferred to the written page, nothing more.

wasn't jumping to any conclusion. meant no criticism whatsoever. Personally, I'm glad for all the news outlets available on the island. We could stand to use some better news at times, but that's a different thread...