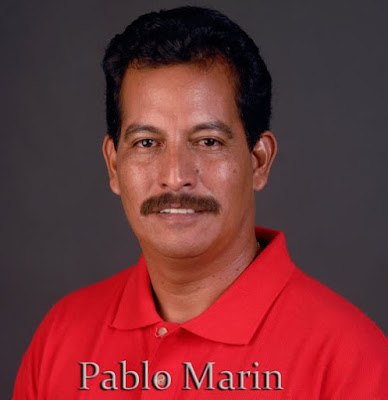 -Press Release - Belmopan - November 8th, 2010 - The Ministry of Health is pleased and proud to inform the public that the Americas Award for Excellence in Public Service Jury Committee has announced the selection of the Honourable Pablo Marin, Minister of Health of Belize, as the Americas Award 2010 Laureate in the category “Improvement of Maternal Health”.
In a letter from Mr. Jose Ignacio Gonzalez, the Executive Director of CIFAL Atlanta, Minister Marin was informed that “the Jury Committee selected him for his Ministry’s Maternal and Child Health Program, which has facilitated a health care environment where there is an improved access, coverage and quality of basic care for mothers and children”.
The Americas Award honours remarkable public officials from the Americas who have contributed to the economic and social development of our societies and have achieved tangible progress towards the United Nations Millennium Development Goals (MDGs). The Americas Award is a joint initiative of the United Nations and CIFAL Atlanta, with the support of the Carter Center, the Organization of American States (OAS), and the Metropolis International Institute.
Minister Pablo Marin will be honoured at the Americas Award 2010 ceremony. This will be held within the framework of the Americas Competitiveness Forum on November 15th at the Marriott Marquis Hotel in Atlanta. The special ceremony will be hosted by US Secretary of Commerce Gary Locke and US Assistant Secretary of State Arturo Valenzuela. Over 1,000 leaders including Heads of State, cabinet members, governors, mayors and business leaders from the Americas will attend the ceremony.
The Ministry extends its congratulations to the Honourable Minister for his leadership and to the staff of the Ministry of Health who have made this remarkable achievement possible.
(CIFAL Atlanta is a not-for-profit organization affiliated with the United Nations Institute for Training and Research, UNITAR. CIFAL’s mission is to build capacity in governments across the Western Hemisphere).
(ends)
Posted by The San Pedro Sun Newspaper
© 2020 Ambergris Caye Belize Message Board