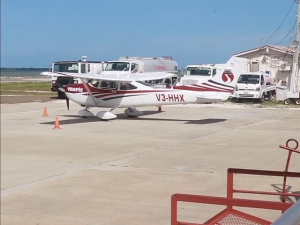 With a deep drop in tourism arrivals due to the COVID-19 pandemic, the local airline industry has been devastated.  According to the latest figures from the Statistical Industry of Belize, the pandemic interrupted land, sea and air transportation registering a twenty-eight point eight percent decline when compared to the same period in 2019.  For now, Maya Airlines planes are grounded and over at Tropic, the airline has reduced travel two unscheduled flights per day depending on reservations.  The domestic airlines are struggling to keep afloat as local travel has been impaired by the second lockdown.  In the following story, News Five Isani Cayetano looks at the dismal state of the industry.

The future of the local airline industry remains bleak, as the delayed reopening of the Phillip Goldson International Airport continues to cripple domestic air travel.  While preparations were being made for the P.G.I.A. to resume operations earlier this month, those plans have since been dashed with an uptick in the number of COVID-19 cases being reported.  According to the Deputy Director of Operations at Tropic Air, the situation is rather grim. 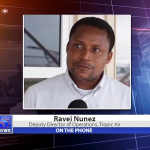 So with the planned opening of the P.G.I.A. on August fifteenth, we had continued our preparations in terms of putting mitigation measures in place to prevent against the spread of any pathogen but particularly the coronavirus.  As soon as the government announced somewhat of a relaxing of the measures that they had put in place initially, we did see some spike in business as a result of the movement of locals to and from San Pedro and to and from our different destinations.  That was a bit of a surprise, not that there was a spike but to the extent that the amount of passengers we were moving was a bit of a surprise.  We saw close to a three to four percent increase in our business as a result of that opening.  Wed expected maybe one to two percent but even at two to three percent or a three to four percent increase for us was significant.

That slight increase in travel was barely sufficient for Tropic Air to cover its operational expenses, but not enough to turn a profit. 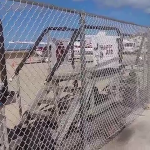 That allowed us to make more commitments in terms of the salaries and operational costs coming out of revenue generated, as opposed to having to borrow additional funds to maintain our operating expenses.  Now with the announcement of further restrictions, we are now back to somewhere in the vicinity of two to three percent of our operating capacity.

The ballooning of cases which has resulted in the postponement of the P.G.I.A.s reopening has had a chilling effect on the industry, leaving tourism investors in a state of uncertainty. 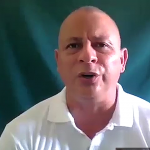 Were still waiting to see a more proactive approach to the recovery of our tourism industry.  I think that everybody needs to be in line and unified in terms of the resources so that we have everything in place for when the international airport reopens.  But even besides that, you know, financing is only going to take you so far.  Any other support that government is providing for unemployment is only going to take you so far.  So we havent really seen more of a recovery plan thats going to help more into the mid to long term, you know, and we already know that the tourism sector is not going to recover within the next two to three years.  So what is going to happen, the government cannot continue to provide this unemployment relief for two years, Im not even sure of they can provide it until the ending of this year.  So we need to know what is the recovery plan in case this matter continues to increase and it doesnt resolve within the next two to three months.

The situation, as it stands, has proven to be costly for local airlines. They are either shuttered or operating on a skeleton staff. 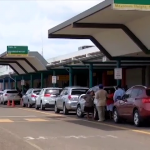 Reinforcing or to put back in place the measures that led to somewhat of an increase in revenue generation has placed us back in a situation now where we have to borrow even more money to keep the company operating.  Remember, this situation has been going on for close to six months where stakeholders in the tourism industry have not  been in a position where they have been able to make enough money to meet operating expenses.  So each stakeholder has had to make difficult choices in terms of staffing, but has also had to go to their financing institutions in order to try to negotiate to bridge financing to cover their operating expenses.  So the entire, if you look at the spectrum of what has happened over the past six months, in effect what it has had is a chilling effect on investment in the tourism industry and of course the stakeholders because the situation, if you look at it from a macro standpoint, has basically told stakeholders that at any point the rug can be pulled out from under their feet.

Reporting for News Five, I am Isani Cayetano.