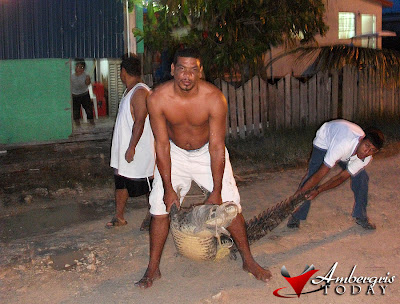 Residents of the DFC Area are worried about the constant sightings of crocodiles looming in the neighborhood and are afraid that these animals will one day attack a person. DFC resident, Francis Eiley submitted these pictures to Ambergris Today after he and his neighbors managed to capture one that attempted to cross the street. They properly secured the animal and returned it to the wild away from the neighborhood.
"They keep coming back," commented Francis Eiley. "The same crocodile was spotted in the are not to long ago after we put it in the mangrove."
Francis says that he has spotted more crocodiles underneath his neighbor's house and is very concerned that they will become problematic for the area residents. He mentioned that one crocodile has eaten a neighborhood dog and maybe others that he is not aware of.
"Neighbors are constantly afraid of an attack at any time and we are hoping the proper authorities can do something about this and come to help us." 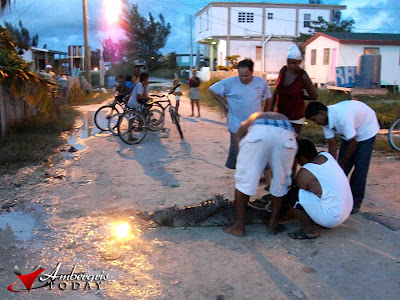 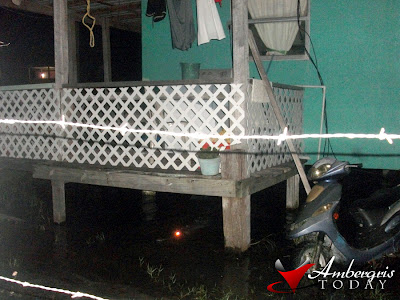 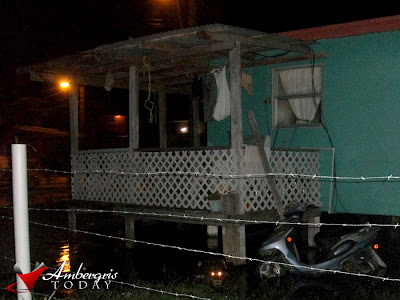 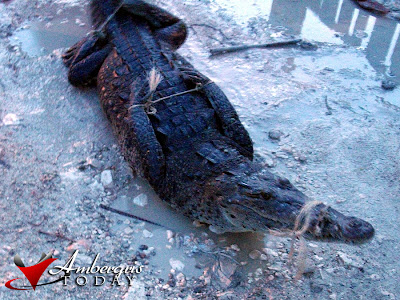 :-) sorry for the smile but isn't the head line just backward?
'The DFC has Invaded the Crocidilo Community'
Sorry just wanted to remind that they have been there a 1000 years before the editor could spell Crocodile.

If you have a crocodile problem the correct authorities to contact are:
Belize Forest Department 822-1524
Rasheda Sampson, Wildlife Officer 607-2177
ACES 666-3817

Who do the crocs call when they have a people problem?
Posted By: SP Daily

They just wait for little kids out playing
Posted By: Timmy

Never waiting for studious folk just the payful child. This is why EIS are imortant.
© 2020 Ambergris Caye Belize Message Board