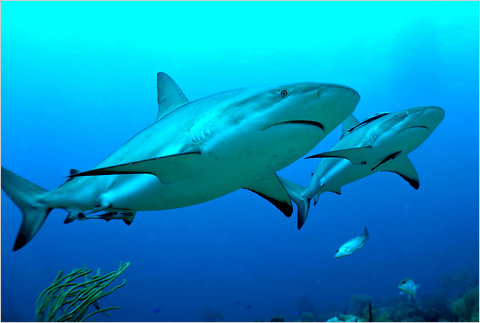 In a sign that the global movement to protect sharks is picking up steam, Honduras is declaring its waters to be a permanent sanctuary for the fish.

President Porfirio Lobo Sosa will sign the sanctuary bill into law on Friday on a visit to the island of Roatan, the countrys top diving and snorkeling destination, his office said on Thursday. The move makes permanent a moratorium on commercial fishing for sharks that Honduras announced last year in a joint declaration with the Micronesian island of Palau.

The measure protects sharks in the 92,665 square miles of Hondurass exclusive economic zone, which encompasses both its Pacific and Caribbean coasts.

Chile also moved toward a stricter policy on shark fishing this week. On Wednesday, the countrys Chamber of Deputies unanimously backed a bill to ban shark finning in Chilean waters; the legislation now awaits action by the Senate before President Sebastián Piñera can sign it. If he does, Venezuela would be alone among Latin American nations in not restricting the practice.

Finning is a practice in which fishermen cut off the shark’s fins for sale in the lucrative shark-fin soup trade and then throw the entire bleeding carcass back into the sea — often with the shark still alive. The Chilean legislation would require that all sharks be taken whole and brought to port intact, a requirement that essentially makes fishing for the sharkfin trade unprofitable.

“Theres real momentum growing for shark conservation that wasnt there a decade ago.”

María Antonieta Guillén de Bogran, the Honduran first vice president, said in a telephone interview that creating a shark sanctuary was an opportunity to contribute to the conservation of the species and protect our national patrimony.

We want to be a reference point for the world, she said. Were a small country, but we can set an example.

Another element in the calculus is a growing recognition that at least some sharks have more economic value in the water than they do in the soup pot.

As I noted last month, Australian researchers estimated the tourism value of sharks that inhabit the waters of Palau, mainly gray reef and reef whitetip sharks, at up to $2 million each in terms of their power to attract divers from around the world is considered.

Scuba tourism is an important revenue earner for places like Honduras, and many divers want to dive with sharks. Vice President Guillén de Bogran acknowledged that this was a consideration in the decision to create a sanctuary, saying it was important for Honduras, which competes for tourism dollars against other Caribbean destinations like Belize, to maintain its undersea riches.

Of course, biologists argue that the fish have an important role in the healthy functioning of the marine ecosystem, something that also has an economic value even if it is hard to quantify.

Ms. Hepp said the Honduran sanctuary would help to protect dozens of species, including hammerheads, Caribbean reef sharks and oceanic whitetips, all of which are feeling the pressure of fishing.

All sharks take a long time to grow and mature, Ms. Hepp said, so they really need more protection than just the traditional fisheries management tools like size limits and closed seasons. Wholesale sanctuaries are a much better option.

The International Union for the Conservation of Nature estimates that up to one third of all the cartiliginous fishes in the world, a group to which sharks belong, are threatened with extinction.

The shark protection movement is also gaining ground in the United States. The California Legislature held hearings this week on a bill to ban the possession, sale and trade of shark fins in the state. Hawaii has banned the practice, Oregons Legislature has signed off on a ban, and Washington State has introduced similar legislation.

And at a meeting in Palau on Wednesday, the Association of Pacific Island Legislatures called for additional measures to protect sharks in Palau, Hawaii, the Northern Mariana Islands and Guam. 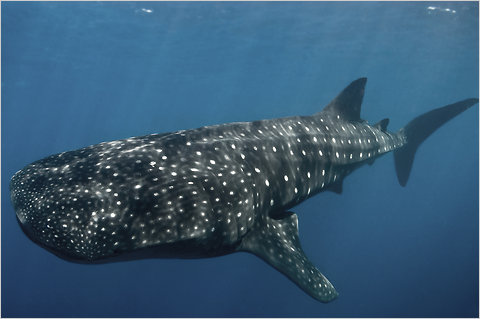