In local sporting news, the San Pedro community stands proud behind their SPHS male and female soccer teams which now rank quite high in the country. Of a total of 52 high schools, both girls and boys teams rank third in Belize in the sport of soccer football.

After winning the championship in the North (Corozal and Orange Walk), this past weekend our local boys and girls headed to the MCC Grounds in Belize City to meet the best of the City, the West and the South for the NSSSA Games. Our girls lost their first match to Stann Creek Ecumenical and then defeated Pallotti High in their second match to crown themselves third place nationally. As for the boys, the stats were similar. They lost their first match to Mount Carmel High in Benque, and then defeated SJC to also claim the third place in male soccer countrywide.

Certainly first place is every teams dream, but in sports giving your best is what counts, and definitely San Pedro High has given of its best. Congratulations to both teams for placing the name of San Pedro among the countrys best football athletes. Remember guys, there is always another year and a reason to keep fighting. 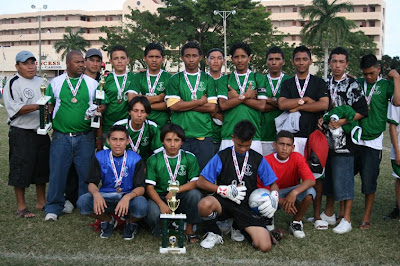 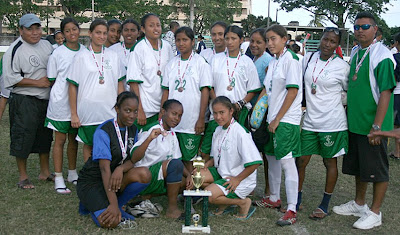