The Boys and Girls football teams of the San Pedro High School traveled to Orange Walk over the weekend to compete in the Northern Regionals of the High School Football competition. At the end of the day, the girls topped the competition bringing home the trophy while the boys were defeated - non the less, they performed exceptionally. Both teams were not short on fans as many individuals traveled from San Pedro to cheer on our boys and girls. Congratulations to both teams. Great Job. 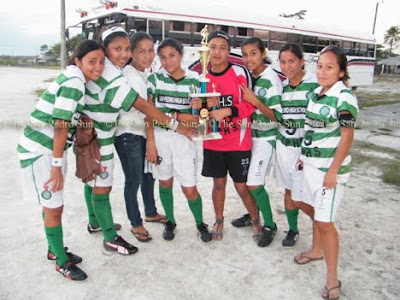 SPHS Girls with their trophy 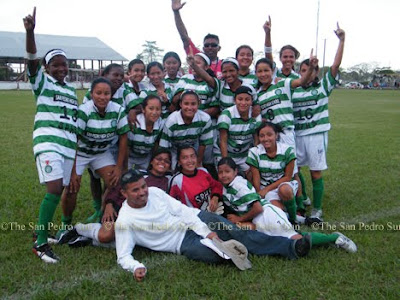 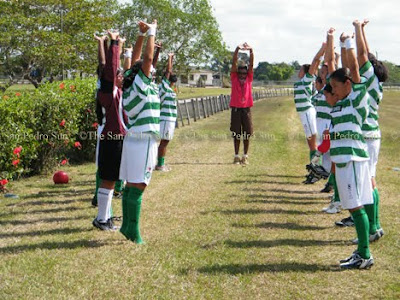 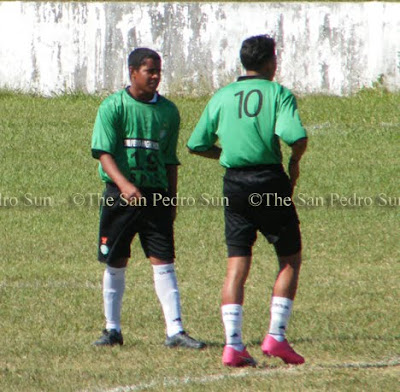 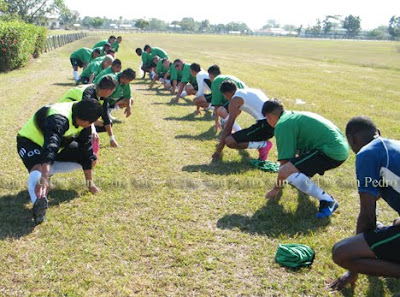 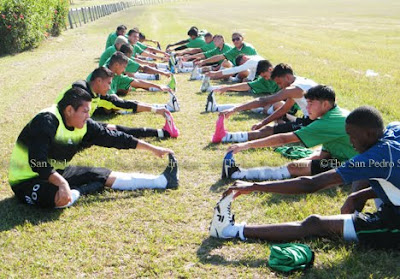 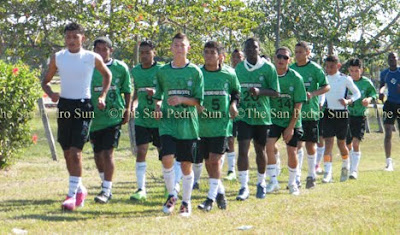 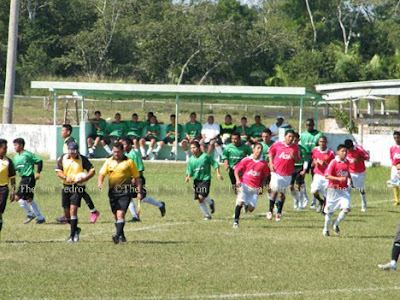 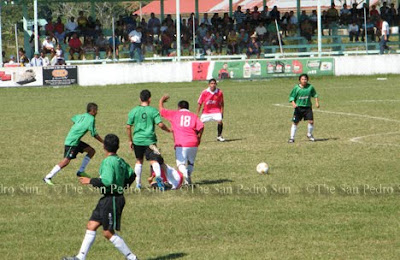 Posted by The San Pedro Sun Newspaper
Posted By: Marty

The San Pedro High School (SPHS) has been topping the various schools in sporting competitions in the past years; from Math Olympiads to Football, Basketball and Volleyball. This past weekend the team left the island on Friday January 28th in the afternoon en route to Orange Walk Town (OW). Bright and early Saturday Morning team members, faculty members and supporters that made the long journey the previous day, gathered at the People's Stadium eagerly anticipating the day's sporting event. The first game started around 9:00am and saw the San Pedro High School Girls going up against King's College. In this game Samantha Galeano lead the team to their first win, scoring the winning goal at about 2.5 minutes into the first overtime. 1 - 0 in favor of the SPHS.

Then it was the boys' chance to shine. The first game saw the SPHS boys going up against OW Technical. With a tight game, Jesse Guerrero lead the boys to a win of 1-0 over OW Technical. The second game played by the girls that lead to them being named them the Northern Regionals Champs was against OW Technical. The SPH Girls dominated the game scoring three goals after the game had to go into penalty at a score of 0. The goals were scored by Xiomara Valdez, Samantha Galeano and Briana Leslie. The boys cracked during the second game; loosing to Corozal Community College (CCC) in a 0-1 game in favor of CCC. Briana Leslie won MVP in the girl's portion of the competition. While the San Pedro Boys did not bring home the first place trophy, even with only ten players, they were persistent and truly dominated the matches. The San Pedro supporters were very vocal about the fact that all the referees in Saturday's match were from Northern Belize and questioned the fairness of the calls made.

Bringing home two trophies, SPHS girls brought home first place trophy and the boys brought home the trophy for second place, both teams were winners. Kudos to the SPHS teams; both teams performed exceptionally. The SPHS girls will travel to Benque Viejo del Carmen on February 11th and 12th for the Nationals, where they are scheduled to play two games; one on Friday and one of Saturday.