Where can I refill my prescription?
Burning of garbage
Has anyone had dental work done in Belize? Such as root canal and crowns?
Alcoholics Anonymous and Narcotics Anonymous 12-Step World Service Offices
Can you comment on the sand flea situation in Belize? When & where & how to avoid them. Thank you.
Are cremation services being offered in Belize today and by who(m)?
Are there Alcoholics Anonymous meetings on the Placencia Peninsula? How about Narcotics Anonymous?
Has anyone else been stung by jellyfish larva while swimming? I have bumps that are extremely itchy. Is it Pica Pica?
Garbage Collection Schedule
What immunization shots do i need to come to Belize?

Belize is a small English-speaking nation in Central America that is sandwiched between Mexico and Guatemala. Once known as British Honduras, Belize gained independence from the UK in 1981, but retains strong commercial and diplomatic ties with both the US and UK. It is a growing adventure tourism destination and popular expat retirement location and is experiencing an increase in foreign direct investment.

The following Q&A was conducted in the capital, Belmopan, with a Western diplomat who wishes to remain anonymous. For part one of this interview (concerning the wider area of Central America and South America) click here.

What are the main security risks to visitors?

Generally it is a safe place but there have been accidents while people are doing adventure sports including diving and snorkeling. There was also a case of someone drowning while cave tubing: they were caught in a whirlpool. Home invasions and also sexual assaults including rape are on the rise. There have been quite a number of rapes and muggings in San Pedro, a popular tourist hangout. Opportunistic attacks also happen. A German national doing an internship was held up at knife point at the Blue Hole National Park. And lost passports are a regular occurrence.

What are the crime trends?

The criminals are definitely getting more brazen and you can’t be confident of being safe during daylight hours any more. The number of break-ins have increased for homes, business premises and vehicles. Reports are rising of vehicles being stolen to order and driven over the borders. There have even been break-ins at the diplomatic missions in central Belmopan including at the Venezuelan, Costa Rican and Salvadorian Embassies. The murder rate has been rising over the last few years, and the policing and justice systems are ill-equipped to deal with this. The international donor community is helping the authorities to increase capacity and reduce the levels of perceived corruption. Currently, there’s only a 3% conviction rate in murder cases.

Where are the crime hotspots?

San Pedro, a popular tourist destination, is now suffering an increase in crime levels. A Spanish air hostess, taking some R and R there, was brutally murdered in 2011 and nobody has been brought to justice. Tourists have also been subject to petty crime in San Pedro and the neighboring cayes. But it’s hard to bring convictions as often victims don’t want to or are unable to stay in the country and there is no process currently to give evidence remotely. There have also been cases of local witnesses declining to testify after being intimidated. 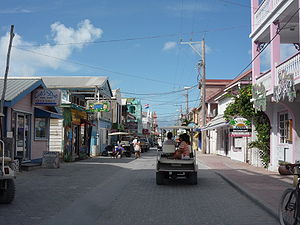 Are there any ‘no-go’ areas in Belize?

Areas in the south of Belize City, around George Street and Kraal Road are particularly dangerous. There was a spate of robberies on tourist buses driving in to Guatemala, but these seem to have declined recently. 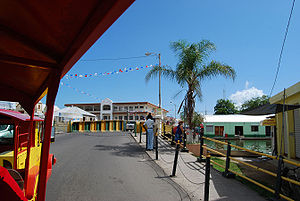 What advice would you give a visitor to Belize?

While Belize City is one of the main entry points into the country, there are no real tourist attractions, it is mainly frequented by business travelers as this is still the main business center despite Belmopan being the capital. It is also a prime jumping off point for boats to the cayes.

Be particularly vigilant at the cayes and other tourist areas for petty crime and spiking of drinks. Avoid public transport as it is not very safe and certainly not comparable to Western standards. If in doubt ask at your accommodation to find a taxi that’s reliable and safe, along with any other up-to-the minute advice they can offer. It is not advisable to walk around alone at night, even though it is a holiday destination you should take at least the same precautions you would take anywhere.

Driving standards are poor, don’t expect drivers to abide by the rules of the road and it often hard to judge stopping distances especially on poorly lit and graveled roads. Watch out for unexpected obstacles including dogs, cyclists, potholes and speed bumps.

Whereas opportune muggings are a risk for short-term visitors; there’s been an increase in house break-ins affecting residents and long-term visitors. Criminals will often send a child in through a narrow opening to go in and open the doors. There’s been a clamp down in Belize City and now we’re seeing crime move into different areas: there were 11 murders in Belmopan last year as crime has spilled out from Belize City. It’s a big challenge for the under-resourced police force: Hopkins for example only has one police man with a bike. Some people and organizations use lock-and-leave properties which are soft targets unless there is adequate security and regular visits. 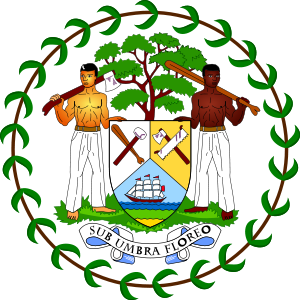 If you are a victim of crime in Belize, what should you do?

Get to place of safety and immediately report it to the police, who should investigate and highlight the incident to the relevant diplomatic mission.

Other sources of information?

The British Foreign & Commonwealth Office has its own travel advice pages including a security advice for Belizehttps://www.gov.uk/foreign-travel-advice/belize. For information on other government travel security advisories click here.