Belize Fast Facts - FAQ
Getting rid of gecko’s
I am looking for a florist in San Pedro Town. Ambergris Caye, Belize
How do you catch lobsters if not with a trap?
How do Belizean Fisherman Catch Lobster?
Sea Urchins and Sea Cucumbers: Request for Harvest Data/Information
Manatee rescue, contacts in Belize City
I would like to visit Belize as a volunteer
Young flamboyant trees losing leaves
Keeping Belize Wild

I have heard that there are a lot of snakes there... true or false

There are snakes here, but not like massive snakes everywhere! I seldom run into one even in the bush…. however..... 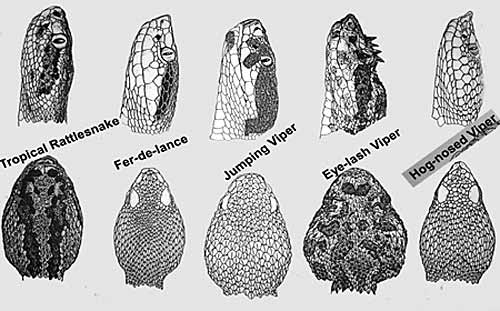 There are as many as 62 species of snakes in Belize; however, only eight of those are venomous, according to the Belize Zoo. One medical website states that an estimated five million people worldwide are bitten by snakes every year. Of these, as many as 125,000 bites are fatal.

The Belize Zoo’s advice “is not to attempt to restrain, subdue or pick up any snake found in the wild, especially venomous ones. However, the reality is that sometimes snakes are not only in the wild; they have found their way into populated areas and can be found in your yard and even in your home.”

I live on Fabers Road, and had an unfortunate encounter with one just last Friday. A snake was the last thing I expected to see when I opened my clothes closet. I was scared, and I am sure that there are other persons whose living space has been invaded by snakes.

A few encounters with snakes have made the news, such as an incident in Xaibe, Corozal District, where a man killed a snake, and the snake killed him. In March 2007, Cirilo Novelo, 31, went to assist a woman who was calling for help, since a snake had found its way into her yard. Novelo managed to killed the snake, but not before being bitten by it.

Novelo did not consider it urgent to visit the hospital to seek medical attention for the bite; that was probably because there wasn’t much of a visible flare-up around the bitten area, which happens with coral snakes.

However, the following day he found himself having trouble breathing; he was then rushed to the Northern Regional Hospital (NRH). It was a little too late, however; Novelo died at approximately midnight as a result of being bitten by the snake.

Also, it was believed that a coral snake bit Monique Moore, 11, of Teakettle, Cayo District. The incident occurred in February 2013. Moore was walking with her cousin, Amelisha Reyes, 15, on Young Gial Road in the village on a Sunday night, heading to church. It was then that she accidentally kicked a snake, which bit her.

Moore never made it to church; she collapsed on the road and later succumbed to her injuries.

Earlier this month and in July 2008, Gilbert Usher, better known as “snake man,” was bitten by a fer-de-lance (Yellow Jaw, Tommy Goff), which is known to be the most common and dangerous snake in Belize, measuring up to 8 feet in length. He was able to survive both potentially deadly attacks.

Meanwhile, venomous snakes have “elliptical or slit pupils, and an arrow or spear-shaped head with broad jaws and fangs.”

And while we do not like these predators, they do make a positive contribution to the ecosystem, since by hunting rodents and insects they help to control the population of these pests. Here are a few steps to help keep you safe:

1. Calm down and resist the urge to attack the snake; to the snake you are a “bigger predator and it won’t attack you unless it feels threatened.” (wikihow.com)

2. If you feel confident enough you can remove the snake yourself from your home (non-venomous ones); first, “create some distance between you and the snake.”

3. Sometimes you may venture into the forest for camping or hiking; you must be on the alert for snakes, since the wild is their habitat. While walking in these areas, try to keep on a clear path and look where you are stepping to ensure that you do not step on a snake.

4. According to the Belize Zoo, “snakes can strike to a distance of about 2/3 of their body length. When you come across a snake, giving it enough space to flee, and keep out of its strike range.”

5. Children succumb easier to a snake bite, as was the case with Monique Moore, 11. While Cirilo Novelo, 31, was also bitten by the same type of snake, he did not feel the effects of it until the following day when he had difficulty breathing. This is because children have smaller bodies.

Coral snakes – the type of snake which killed Novelo and Moore — are very colorful, with the head having black and red and yellow bands that touch each other. The snakes have an average length of 24 inches and a maximum length of 47 ½ inches.

There is also the Central American Coral Snake, which is similar to the coral snake. The fer-de-lance (Yellow Jaw, Tommy Goff) is known to be Belize’s most dangerous snake. “Snake Man” was bit, not once, but twice, by this type of snake, but he lived to tell the tale.

According to Diedra Mahler, environmental educator of the Belize Zoo, other venomous snakes include the Central American rattlesnake, which is usually brown to gray in color, with “a black diamond pattern down the dorsal body surface, fading towards the tail”; the Hog-nosed Viper, which is dark to reddish brown in color, and has a narrow cream mid-dorsal stripe, with small, square brown or black markings on either side; the Mexican Moccasin, which is a brown snake with irregular blotches of white down the entire dorsal surface of the body and a tail that varies in color, from pale white to yellow; the Jumping Viper, which varies in color, but has a pattern of adjoining saddles down the entire dorsal surface of the body; and the Eyelash viper, which is “a uniquely camouflaged snake, which is most often found on trees in a humid forest. Their overall body is green, with irregular blotches of brown, yellow, and white.”

The effects of the toxins transmitted through snake venom can include local swelling, capillary oozing, necrosis, generalized damage to muscles, and damage to heart or kidneys. Treatment should never be delayed, although finding out the type of snake that bit you is helpful in order to determine the type of anti-venom that should be used as part of such treatment.

While waiting for the ambulance, according to www.auroville.org, “the victim should be kept calm and have restricted movement. Assure the victim and do not let him panic. When under panic, it will enhance heart rate, causing the venom to circulate faster in the body. The affected area may swell; therefore, remove any rings or constricting items. It is necessary to keep the patient warm, but the victim cannot have any water or food. It is not advisable that you try to suck out the venom; instead, if you have a suction device, use it to try to aspirate the venom out of the puncture marks.”